Minecraft Shutting Down- Truth Or Hoax?

Earlier this month, Minecraft lovers were in a panic when they heard about the news of Minecraft shutting down entirely. Minecraft is one of the games published by Mojang in 2011. It got pretty famous in the following years and sold near to 180 million copies all over the world. The game is composed of lego-like worlds giving a feel of a 3D environment where players can build their own world with the tools and object they find inside the game. However, the game couldn’t keep up with the time and the number of players decreased. To an extent that the actual team had to let go of most of its employees. While the game still loved by millions, a piece of news originated among the fans that Minecraft is shutting down. When I tried checking the source, then I found that the news was originated from a prank news website. The reason I thought of creating this article to give the fans some useful information about why Minecraft is shutting down or the truth about Minecraft shutting down news. 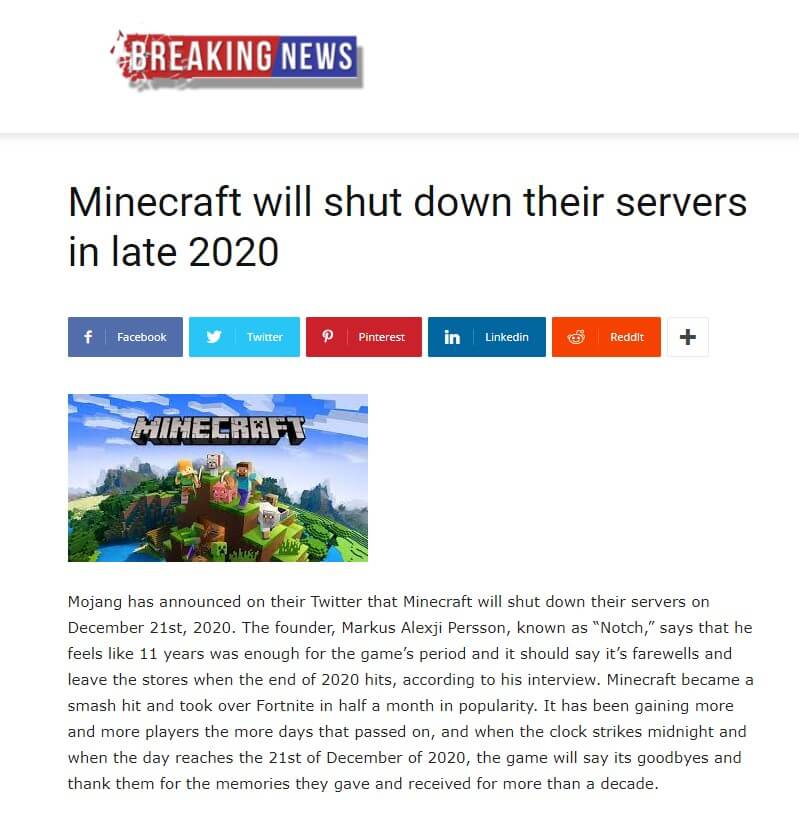 Is Minecraft Shutting Down in Real?

The short answer is NO.

However, according to inews, the studio which created the game faced financial issues in late 2018 and had to cut loose most of its employees. Moreover, they also canceled many of their projects and many of its titles were acquired by LCG Entertainment. The reason in June 2019, Minecraft’s Story Mode was removed from the game.

One of the employees of Minecraft Studio also tweeted about the same that Minecraft is not shutting down, neither it’s shutting down its servers. The official tweet can be seen below:

As you can see, the Minecraft shutting down news is just a hoax, a prank played by a site and there is no truth behind it. I advise the fans to follow the official twitter handle of Minecraft Studio to get the latest tweets and news about the same.

If you have come across another true source of news which I’m not aware of then please let me know in comments and I will update the article.

Subscribe to get all your favorite news, latest tricks and everything a techie would love. No there is no spam here!